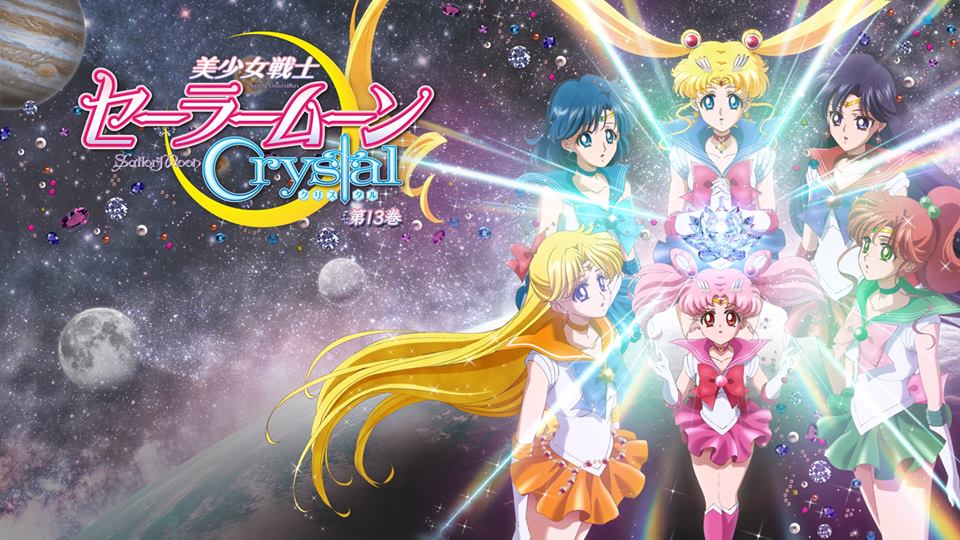 The mysterious girl called Usagi, or Chibiusa, demanded the Silver Crystal from Usagi and later incorporated herself into Usagi’s family using hypnotism. Meanwhile, a shady group, who call themselves the Black Moon Clan appeared as well. Following the advise of a shadowy figure named Wiseman, they planned to invade Earth and find and kill Chibiusa. Sailor Mars, Mercury, and Juptier get abducted by the Black Moon trying to stop them. Sailor Moon, Venus and Tuxedo Mask are told by Chibiusa that she is from the future and only they can save her home from the Black Moon Clan. Chibiusa used the Time Key to open the path to the future, where they meet the guardian of the Time Gate and Chibiusa’s friend, Sailor Pluto. When they reach the future known as Crystal Tokyo, they find it in ruins from the Black Moon’s attacks. Sailor Moon is kidnapped by Demande of the Black Moon. King Endymion, Tuxedo Mask’s future self reveals the history of the Black Moon, its base on Nemesis, the tenth planet, and that Mamoru and Usagi are married and Chibiusa is their daughter. Chibiusa ran into the Time Gate with Tuxedo Mask following behind, causing them both to be lost in the time stream, and eventually brainwashed by Wiseman. Sailor Moon is able to free herself and her fellow Senshi from Nemesis and they escape to Earth. Chibiusa, now Black Lady, believing she was not loved in her home, attacked Crystal Tokyo and Wiseman’s true identity is revealed as an evil entity known as Death Phantom, who had merged with Nemesis years ago. Demande, having gone mad, was able to obtain the Silver Crystals of past and future and threatened to touch them together, which would end all existance, and was stopped when Sailor Pluto stopped time, but at the cost of her own life. Seeing her only friend die caused Chibiusa to break free from Death Phantom’s control and transformed into Sailor Chibi Moon. Sailor Moon, and Sailor Chibi Moon use their power to destory Death Phantom. The Senshi go back to the past and Chibiusa shortly returned from the future to receive Senshi training.